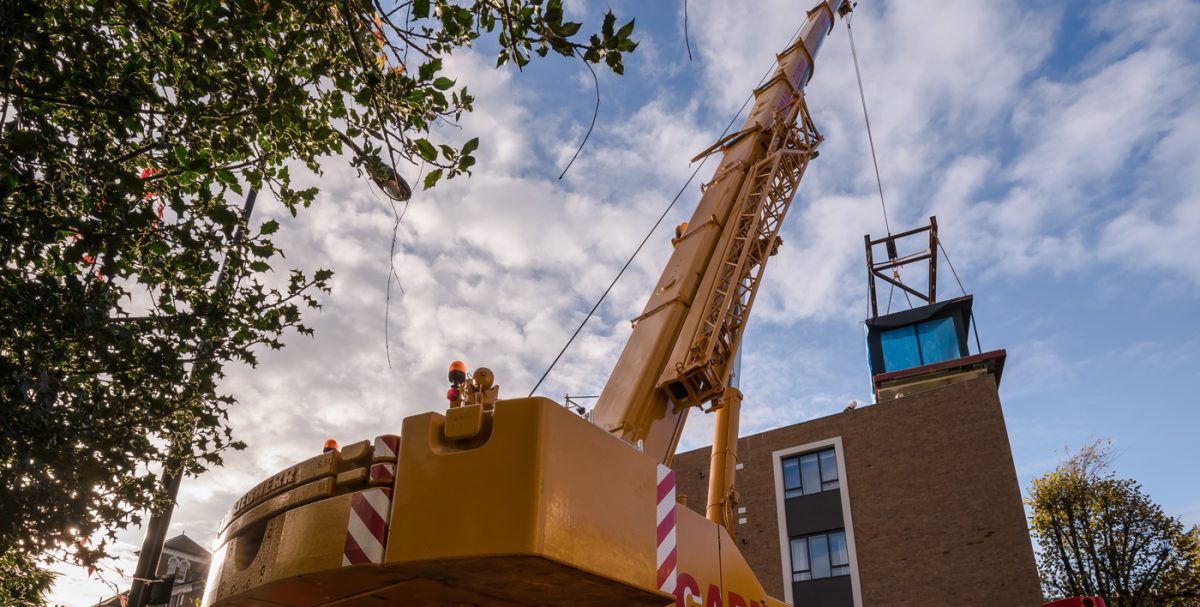 Why London’s housing associations and councils should consider airspace development in 2019 to increase supply and leverage balance sheets.

The new year brings with it a combination of hope and trepidation. Viewed in isolation, recent reports indicate that 2019 is shaping up to be a tough year for London’s housing providers, with a range of ominous signs for the market.

Ignoring for the moment the Brexit consequences, housing providers will continue to be confronted by budget shortfalls, increased demand, shortage of affordable housing, labour constraints and a lack of available land for new homes. So perhaps they should reflect on the potential of their airspace before signing off their 2019/20 budgets.

Airspace developments produce low carbon, energy efficient homes with high quality, modular construction techniques that are installed by crane in a matter of days, reducing the impact and disruption on existing residents.

The late Stephen Hawking urged, ‘look up at the stars, not down at your feet’. 2019 is an opportunity for London’s councils and housing associations to consider how they can make their existing assets deliver more and generate new value for themselves, their tenants, the homeless, and perhaps save themselves substantial costs on ‘bandaiding’ roof upgrade programmes.

In 2017, the impact of providing temporary accommodation for homeless households is reported to have cost London councils around £1bn. This contrasts with the value of London councils’ airspace being worth some potential £20bn, with the capacity to deliver 120,000 affordable homes. That could provide twice as many homes as required to cater for the capital’s households living in temporary accommodation, whilst saving costs of £700m.

As a result, airspace development began to find traction in the new homes market in 2018 as people began to see the value of a potential £100bn residential market in London alone.

Last year the Communities Secretary announced proposals to amend planning guidance to encourage councils to look favourably on intensifying densities within urban areas which were well served by public transport.

The Mayor of London, Sadiq Khan, gave his support to rooftop developments and the GLA includes airspace in its draft London Plan.

In the October budget Chancellor of the Exchequer Philip Hammond announced a consultation on proposed permitted development reforms and created windfall payments for owners. This will conclude this month, with the ambition to have an agreed framework in place by the middle of the year.

Airspace development is a solution that not just identifies a new land supply but also the funding to build new homes and, through the use of modular construction, twice as fast.

How many housing providers out there have factored the real value of their existing assets? 2019 is ‘looking up’  for airspace development .

Apex is already working with a range of housing providers, the GLA and Homes England to showcase airspace development in 2019.