Airspace development: are Tesco changing the goalposts for new housing? 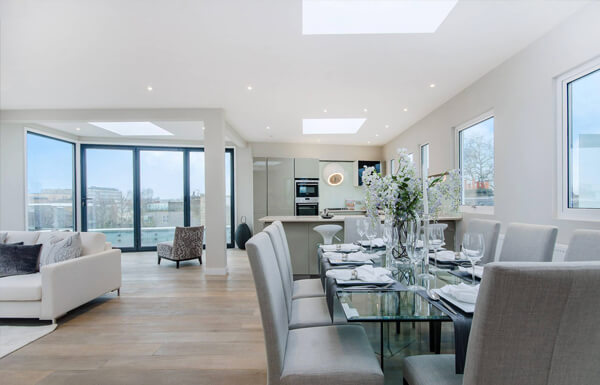 Airspace development: are Tesco changing the goalposts for new housing?

I found myself again, as I often do on most Sundays, staring at the figures on the TV screen as they run around kicking a football to the vaguely melodic tones of their fans who sit in the stadium, in a sea of colour.  Suddenly, a striker starts sprinting with the ball, outrunning all of his defenders until he is face to face with the goalie.  The commentator’s speech is becoming faster and faster and he shrieks as the goal is scored.

I observed the goal; the football soared through the air passing the goal line, but it didn’t hit the back of the net, or the ground for that matter – the goalie caught the ball in mid air and, because he did so behind the goal line, the goal was scored.

Do property owners have similar rights to airspace?

In Bernstein v Skyviews & General [1978] QB 479 the High Court found that “a landowner’s rights to the airspace above its land extends to such height as is necessary for the ordinary use and enjoyment of that land and the structures upon it“.  Therefore, unless the airspace is specifically excluded or is stated as outside the boundaries of your demise, if you are a property owner you are entitled to airspace above your property (and the sub-soil below it).

Airspace rights are becoming more and more valuable.  It has recently been reported in The Telegraph that the supermarket giant, Tesco, is planning to sell its rights to its airspace above some stores in London and Oxford to developers.  This is part of a “radical strategy” to provide a solution to Britain’s housing crisis.  The flats would be built on top of the superstores, which would reportedly raise £1.5bn for Tesco.

The developers, Apex Housing Group, are at the “top of the league” of this new approach.  They state that London has a relatively low skyline at the moment and therefore has a vast amount of “untapped rooftop space” worth “billions” across London.  Apex goes on to state that London could “conservatively accommodate up to 140,000 new homes“.  The new homes would sit on top of existing freehold structures (which could be currently owned by private individuals, private companies or public authorities).  The benefits of the rooftop development plan may not only ease the housing crisis, but also provide an incentive for freeholders to add value to their property.  The flats built on top of the freehold building will be subject to a ground rent and may also remedy issues of maintenance liabilities of the rooftop.  The overall effect of the flats could also improve the freehold building’s aesthetic appearance.  Apex describes their development procedure as “innovative” and “environmentally conscious“, using lightweight apartments that are transported from the factory and craned into position atop the freehold building.

Apex has recently completed an airspace development at Wilmott Place in Camden.  It is reported that Apex are actively seeking more sites for development and are currently in discussions with Tesco about their development of their rooftop space.

So, will it be 1-1 for Tesco and the housing crisis?  I don’t know, but this is definitely a development strategy to keep an eye on over the next couple of years.  It also presents exciting opportunities for solicitors who will be assisting developers to purchase the airspace and create the leases of the new build flats, as well as the freeholders selling their airspace.  The strategy also raises important legal questions about the limits of airspace – for example, can the owners of the newly built flats also sell their airspace to a developer?  How high can you go?

Who knew I could learn so much from a game of football?  That must be why they call it the “beautiful game“.