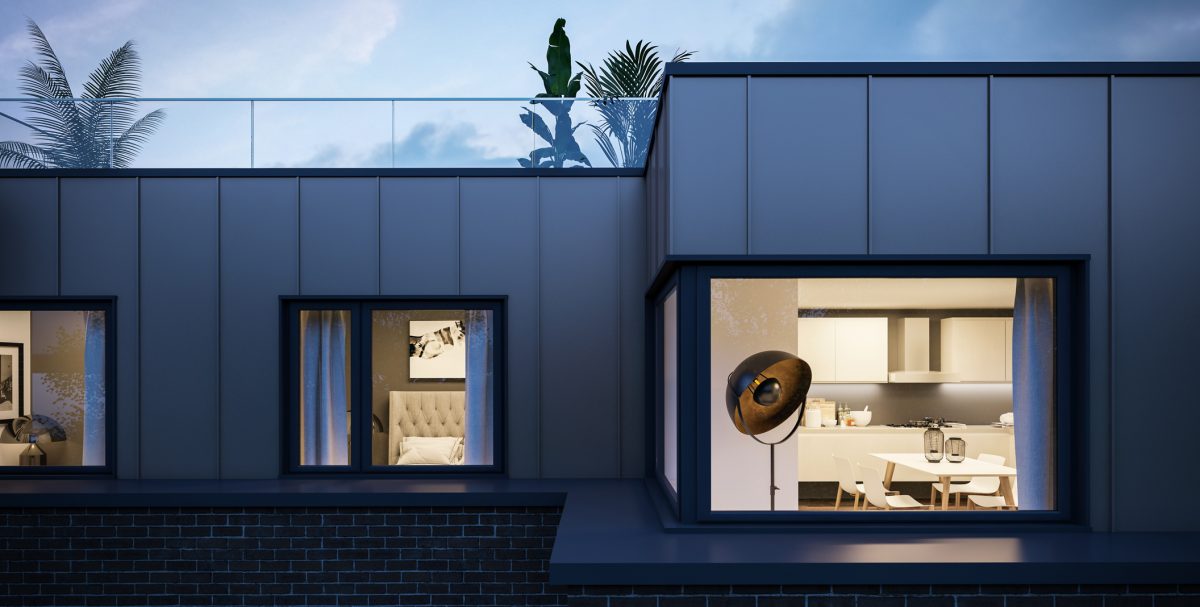 Fancy living in the air? That could become a reality if Apex Airspace Development has its way.

The developer converts unused ‘airspace’ above the rooftops of residential, commercial and public buildings into new homes. The airspace is purchased from private and institutional freeholders, retailers, local councils and housing associations to convert into apartments. Payment to airspace sellers is linked to the development potential of the property.

The “airspace” property itself is a modular design, 95% of which is constructed off-site and can be installed in a single day.

Having already developed one site in Camden, Apex claims to have identified a further 60,000 locations across London that could accommodate two to three-storey prefabs. The company’s aim is to create 800 new homes by 2021, each reportedly ranging in price from £300,000 to £500,000. Apex already has its sights set on a number of Tesco superstores across the capital.

While these solutions may not work for everyone, it is surely a positive step to see different businesses working on creative ways to tackle the UK’s housing crisis.